We arrived to Siem Reap airport in the late afternoon to a tuk tuk waiting for us. Our driver’s name was Sally and he would take us around for the next 2 days. 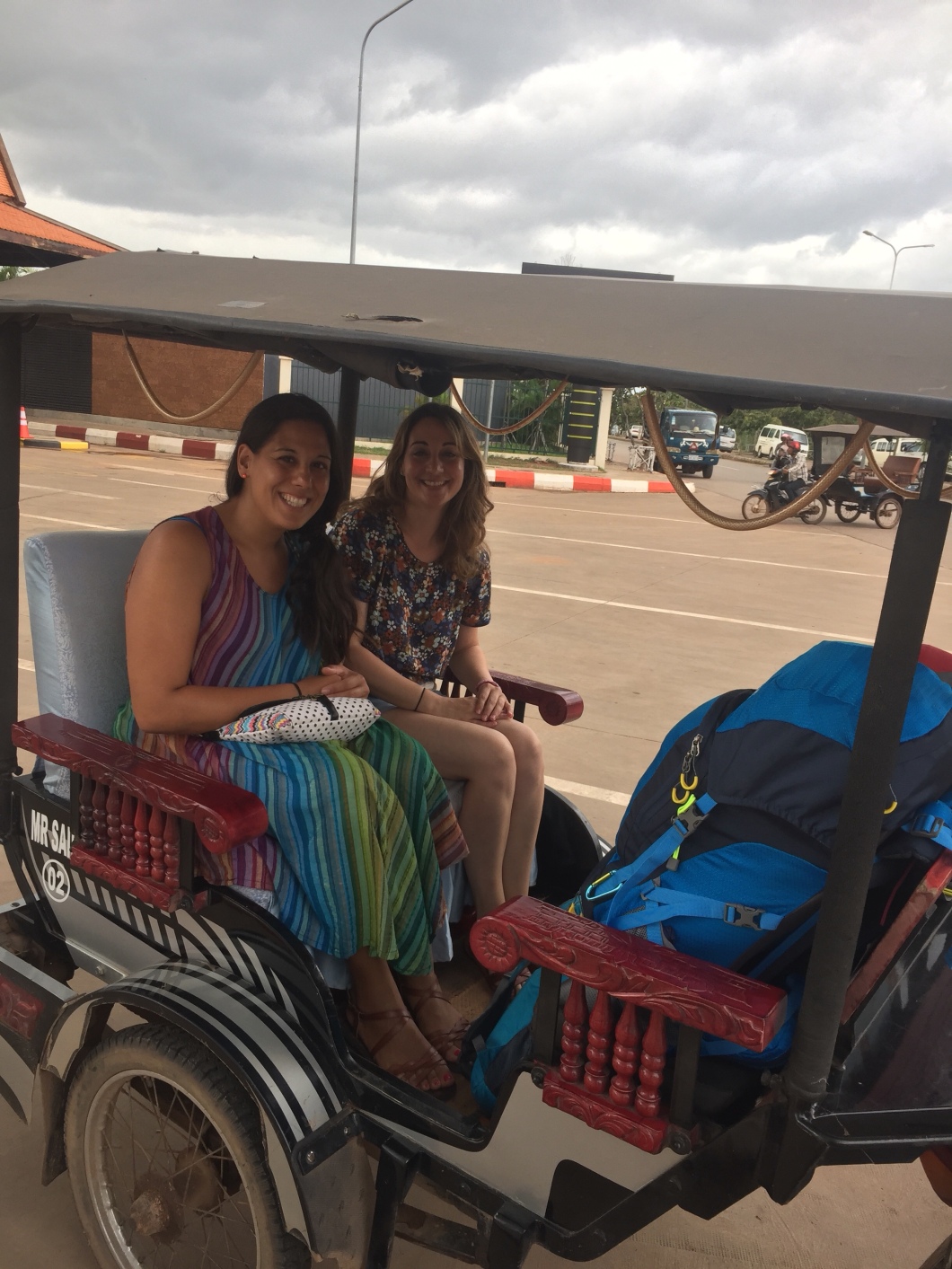 We settled into our beautiful new digs at Tu Casa and headed to run errands and find some grub. 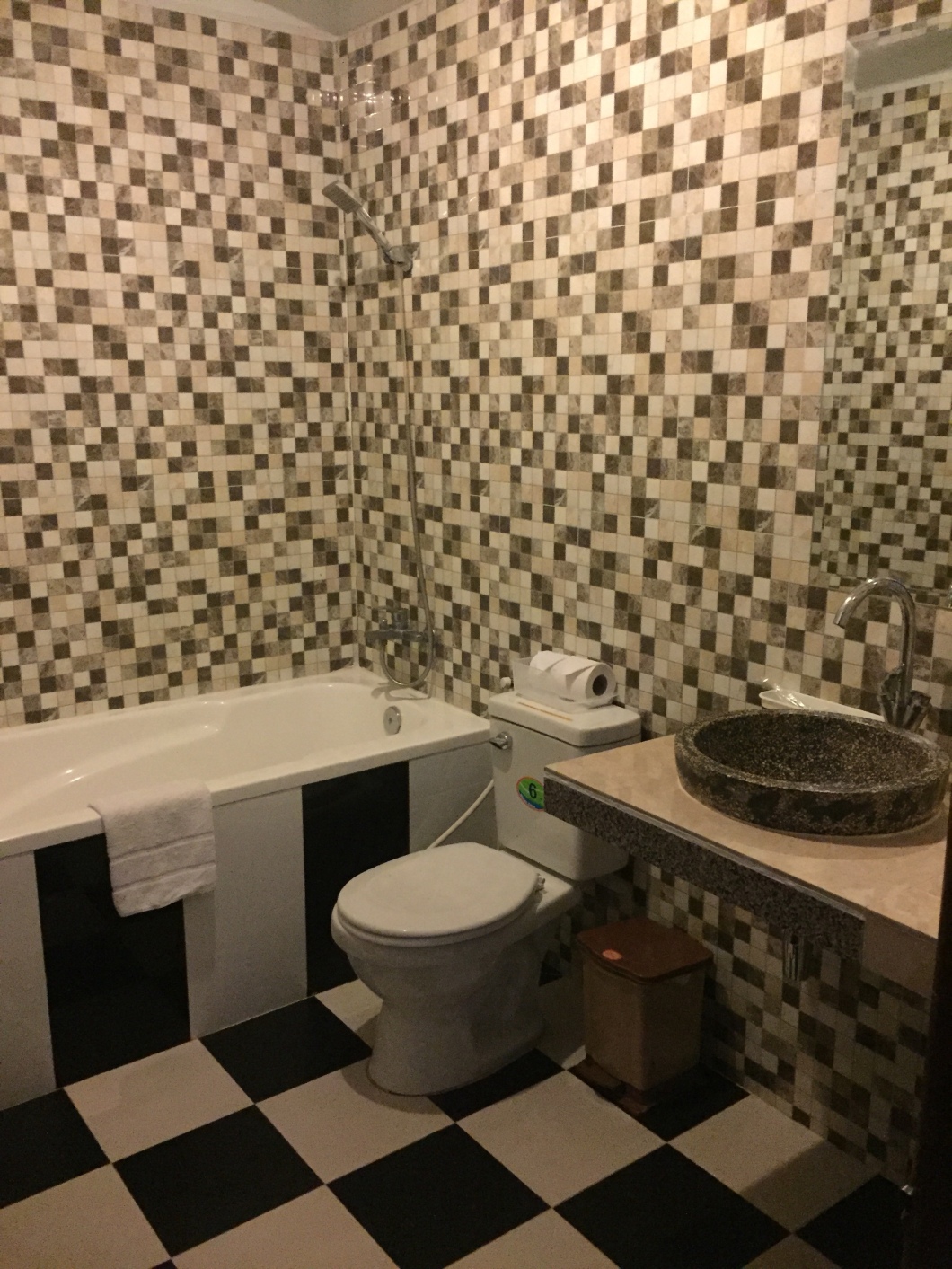 We came across AnnAdyA and we’re happy we did. I had a tasting menu because I couldn’t decide and it was the best idea ever. 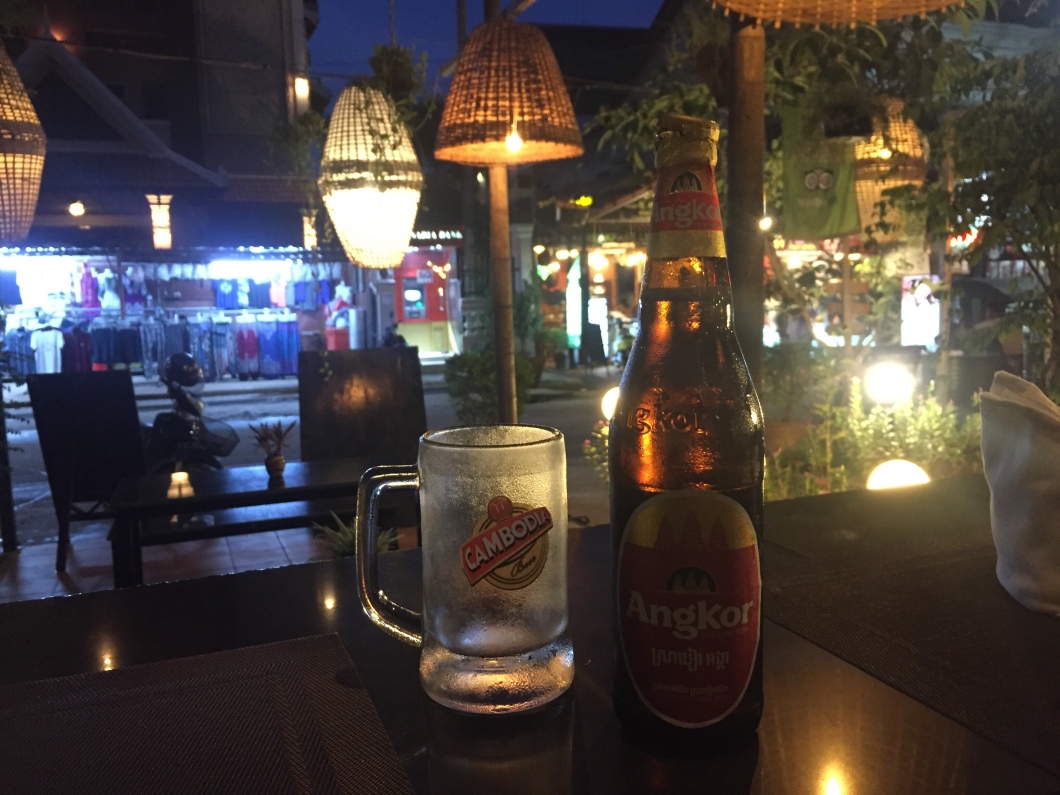 We woke up the next day at 7 in order to have breakfast and do the “small tour”of the temples. We were told to get to Bayon early as it gets packed by 9. Totally true. Despite being ready at 7:45, after stopping for tickets (they only sell them at one place) and riding the tuk tuk to our first temple, it was already 8:45. It was jam packed with bus loads of tourists (mostly Chinese). I say this because when traveling I always come across Chinese tourists and it seems like they all travel. But I recently heard that only 6% of Chinese citizens have passports. Only 6%! That’s still over 81 million! Nuts! Anyway, Bayon was super cool but too crowded for me to enjoy. 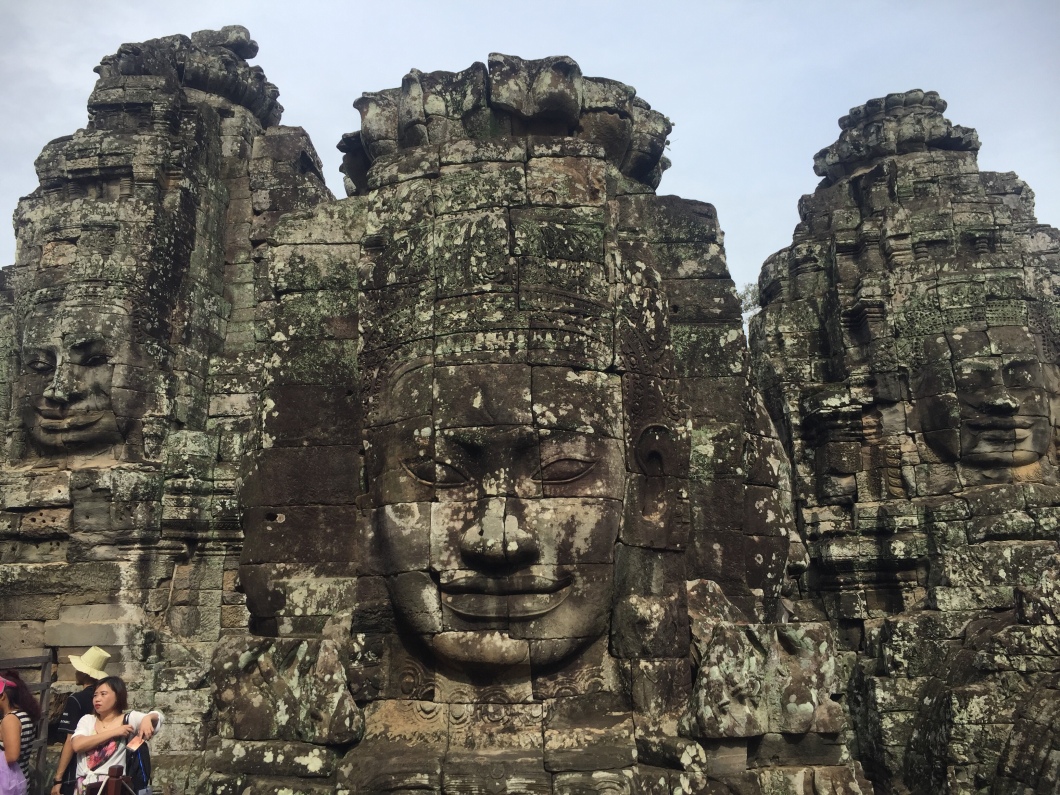 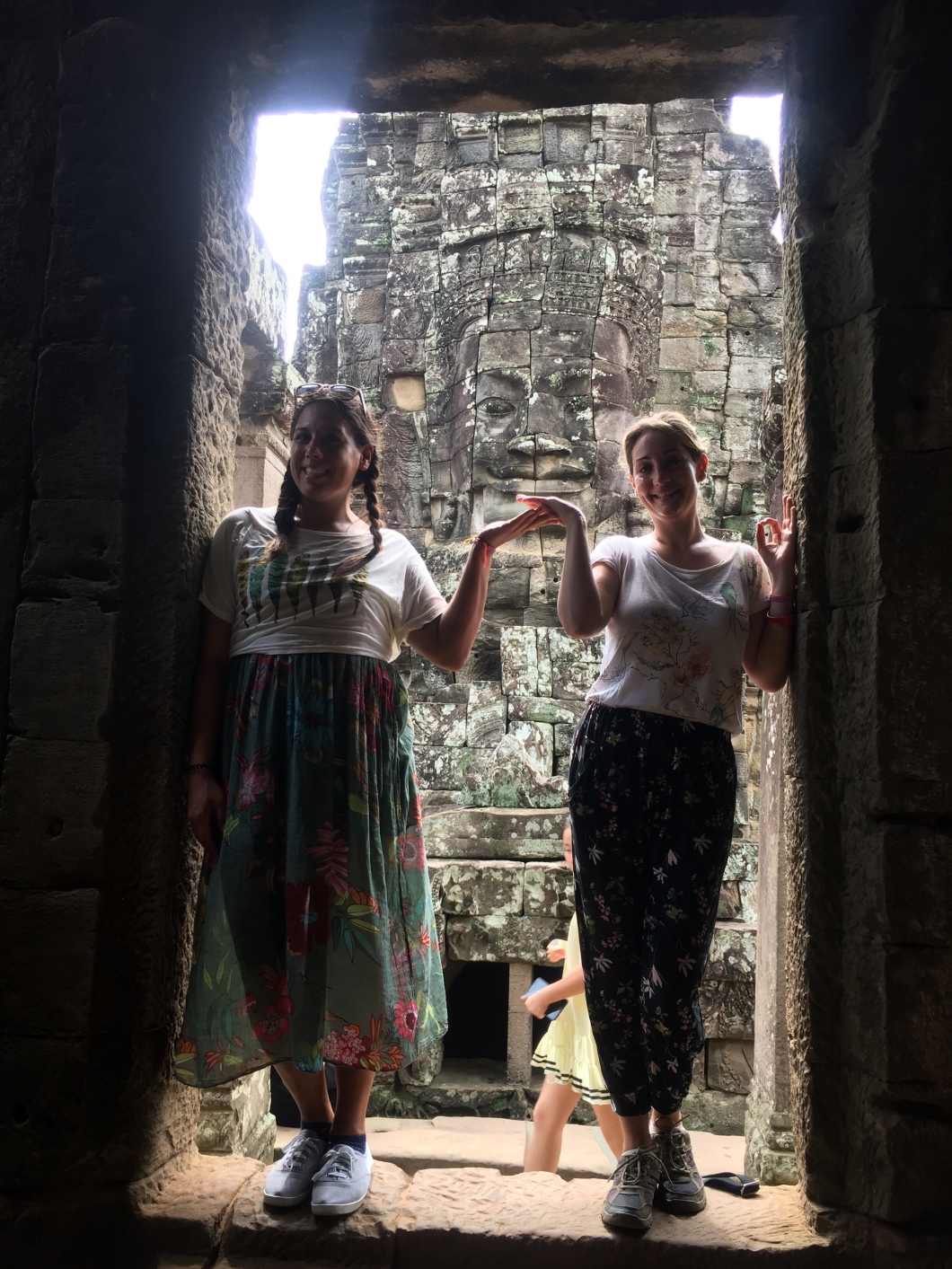 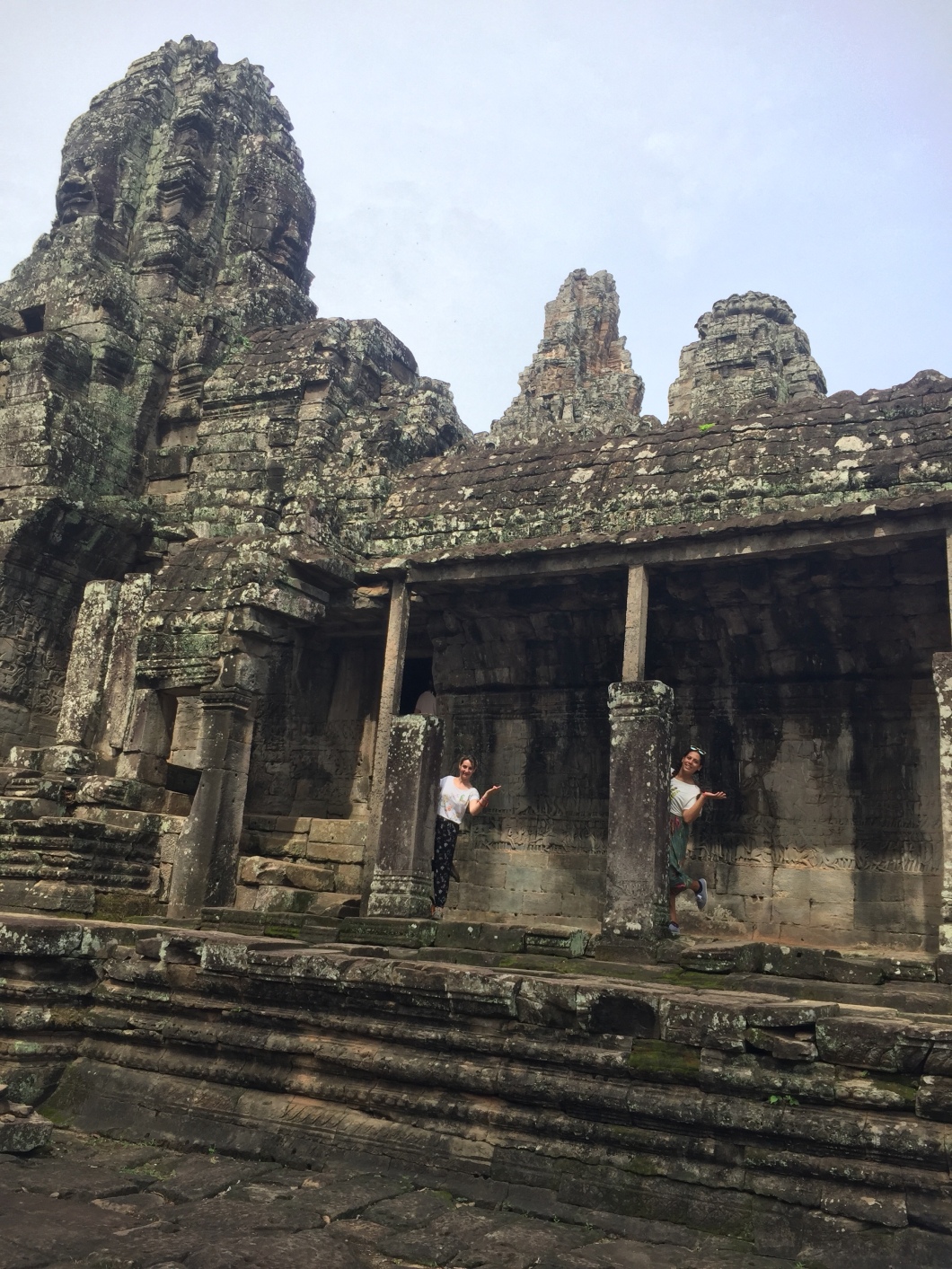 When traveling you know that there will be other tourists and it’s near impossible to snap photos without anyone in them, but this was just crazy. Lucky for us, the following 3 were not nearly as crowded and we were able to enjoy them much more. Taking in the beautiful scenery around us and taking most of the photos we had in mind. Here are some of our favorites. 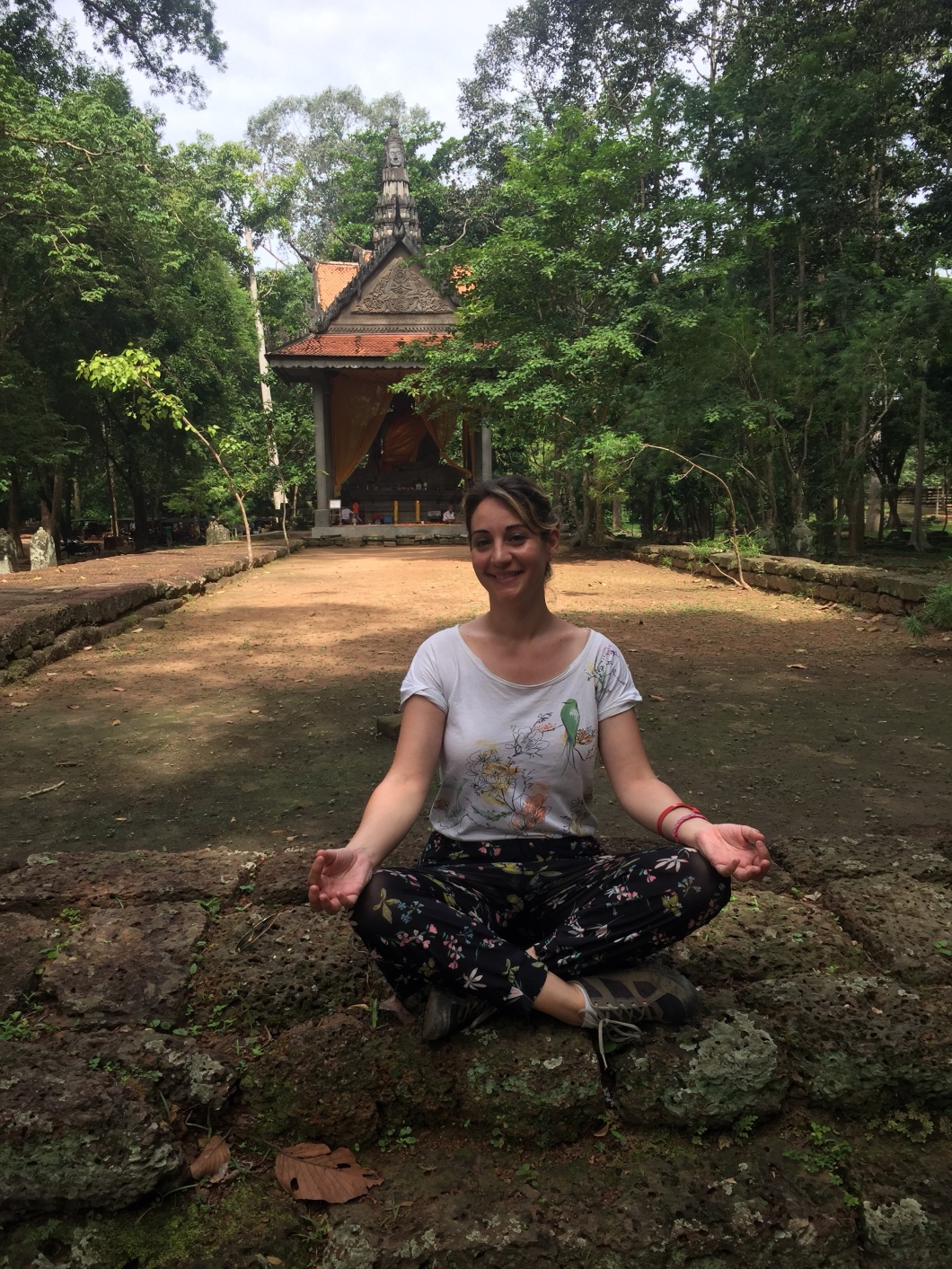 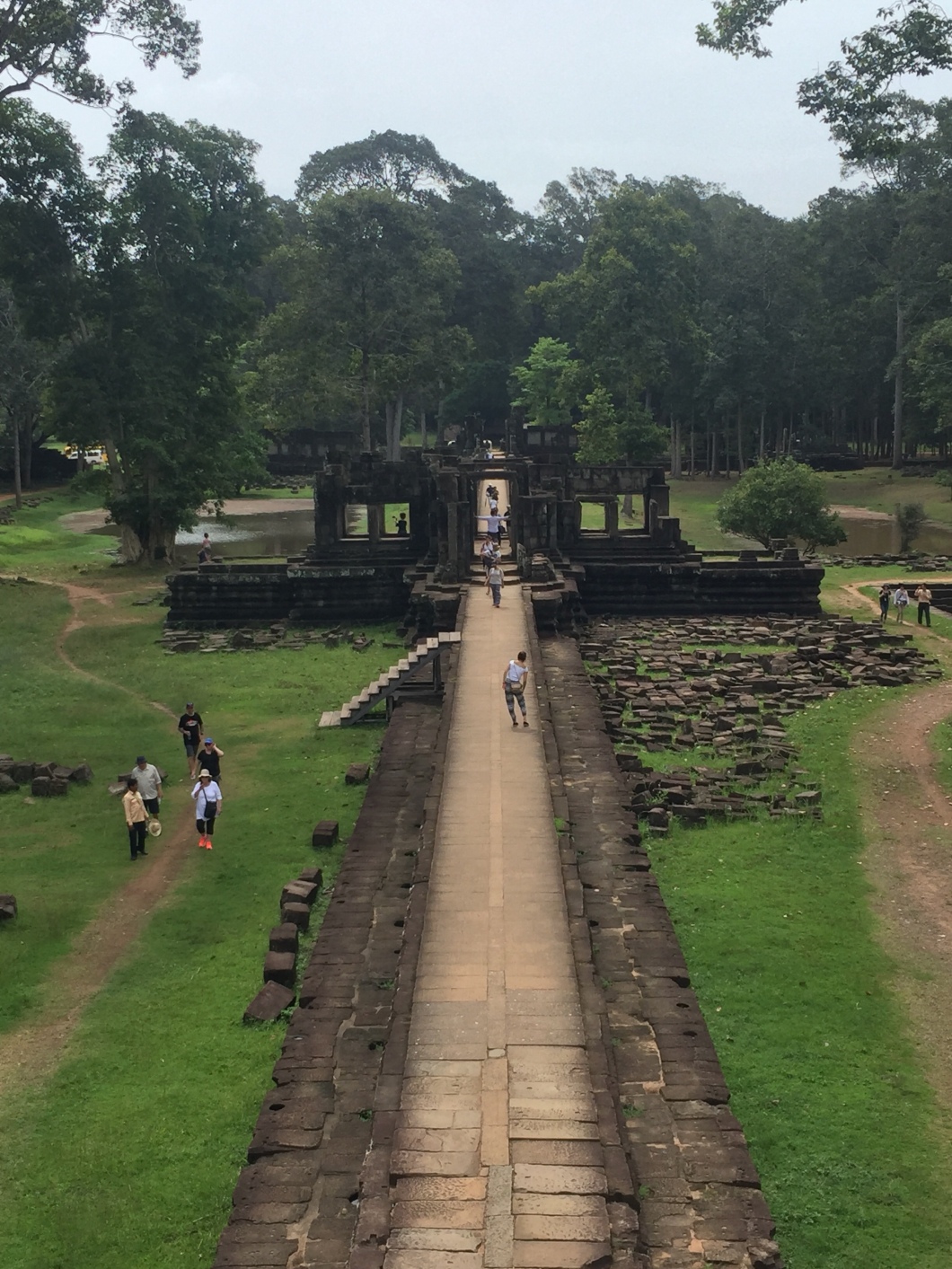 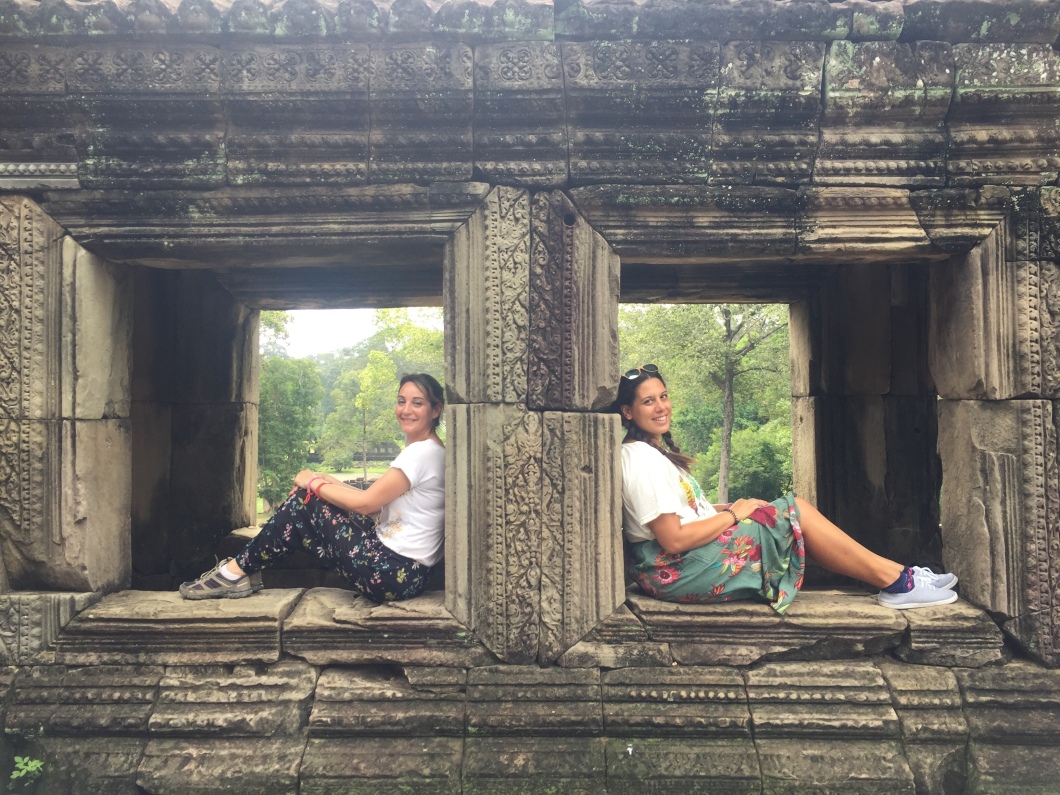 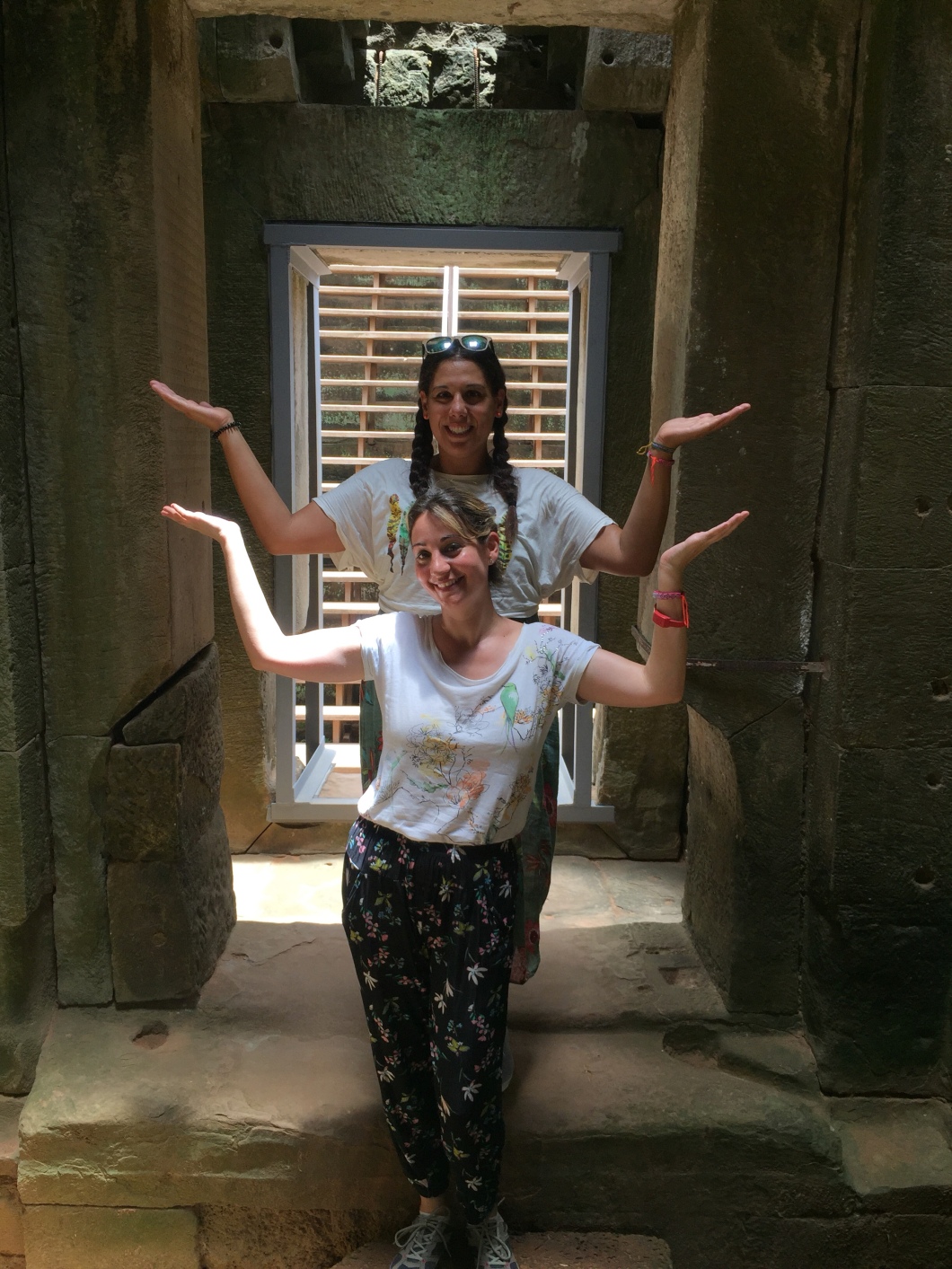 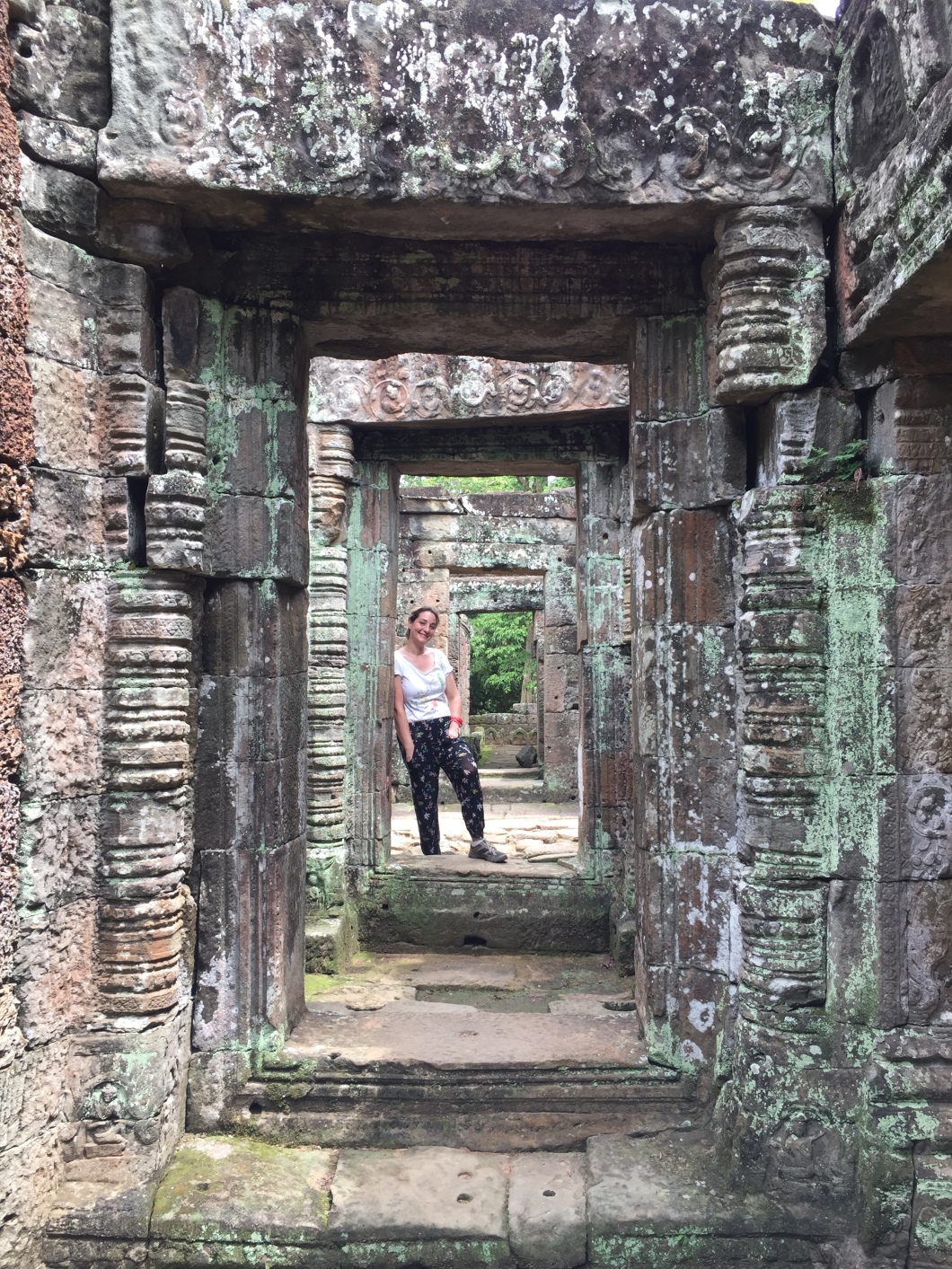 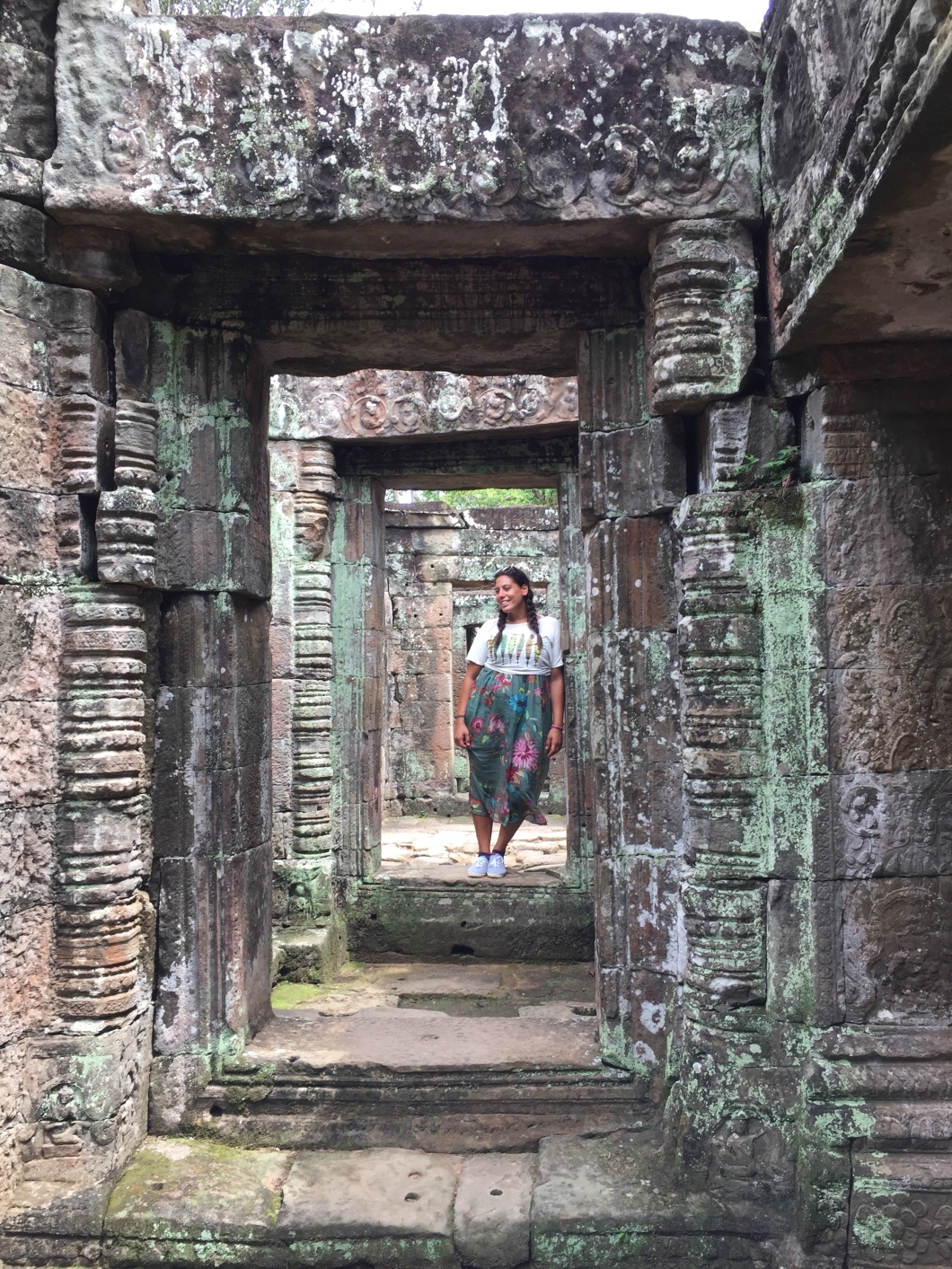 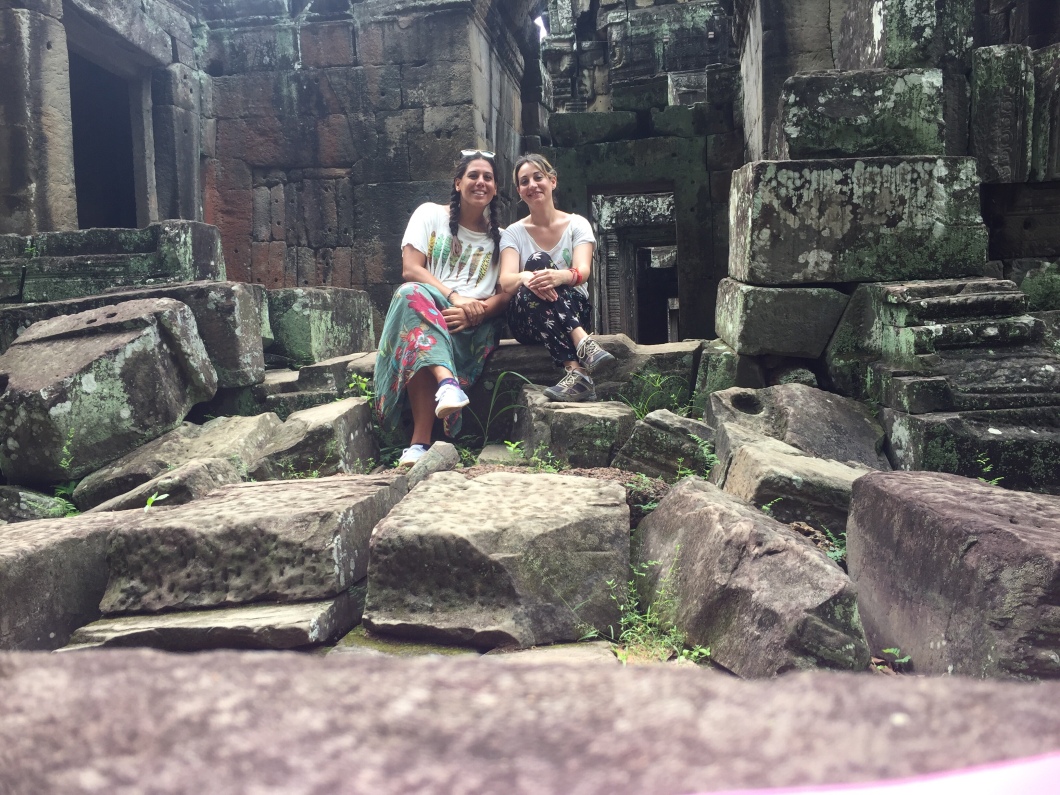 The last one for the day was Angkor Wat. We had been told to go around 3 or 4pm because no one is there. It was true! Ok I wouldn’t say no one. But considering the place is huge, it did’t feel nearly as bad. We actually hired a guide but we spend more time talking about politics and history thanks the temples themselves. It was really interesting especially since they had elections coming up in just a few days. We learned that the opposing party to the current party (that’s been in power for over 30 years) was dissolved by the current party for some ridiculous reason because they had gained so much support they were afraid to lose.

Here are our favorites from Angkor Wat, many thanks to our guide! 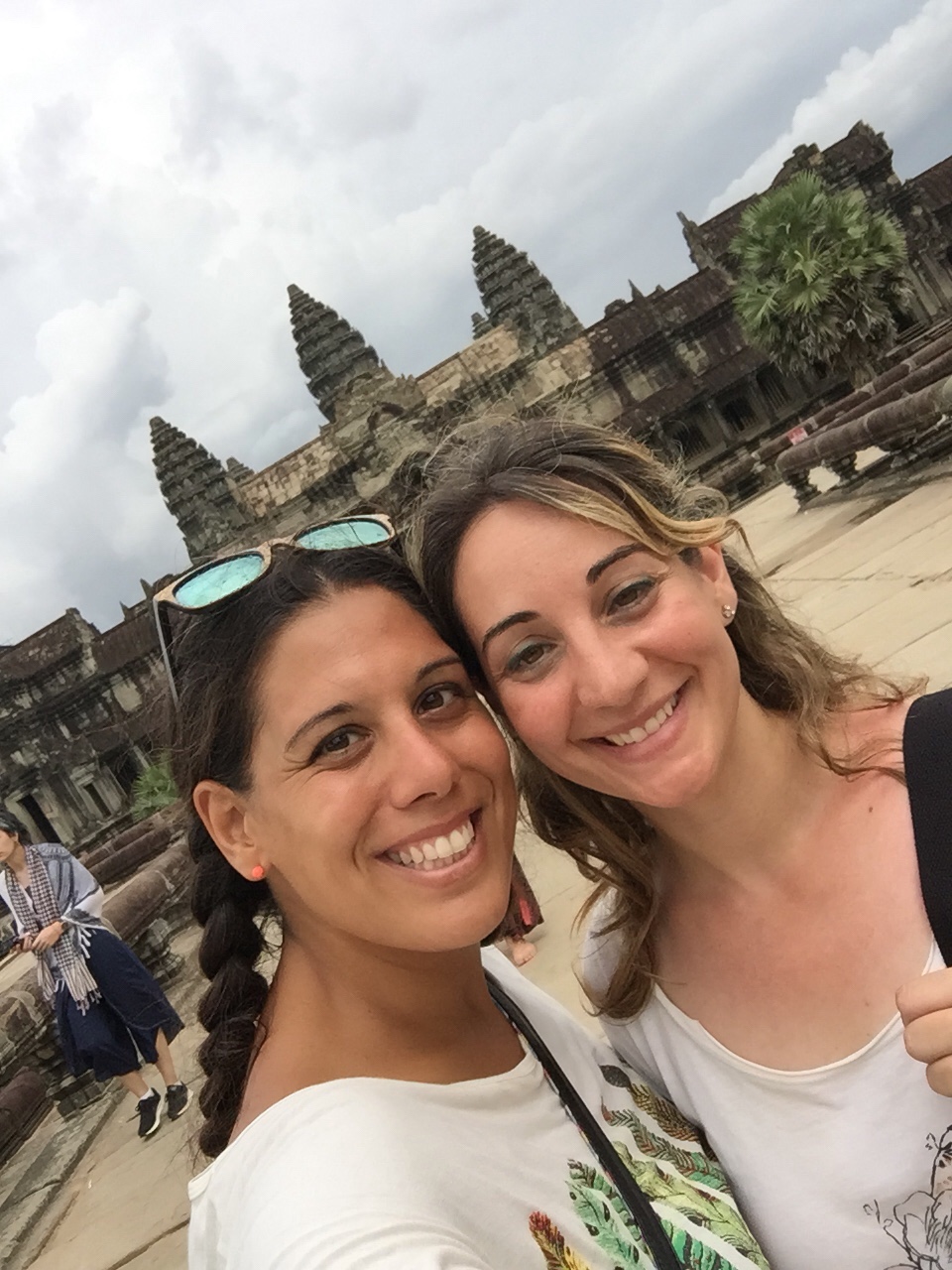 It started sprinkling as we were leaving Angkor Wat and about halfway home it was a torrential downpour. Our street was flooded and we had to take off our shoes to get to our hotel. Needless to say, after a full day (7:45-5) of temples we were beat. We relaxed the rest of the day and then had dinner with Quinn, a fellow traveler we asked to take photos of us in the temples and kept running into. A quick spin at the markets, a bit of time convincing people to eat bugs, and we were home and in bed by midnight! 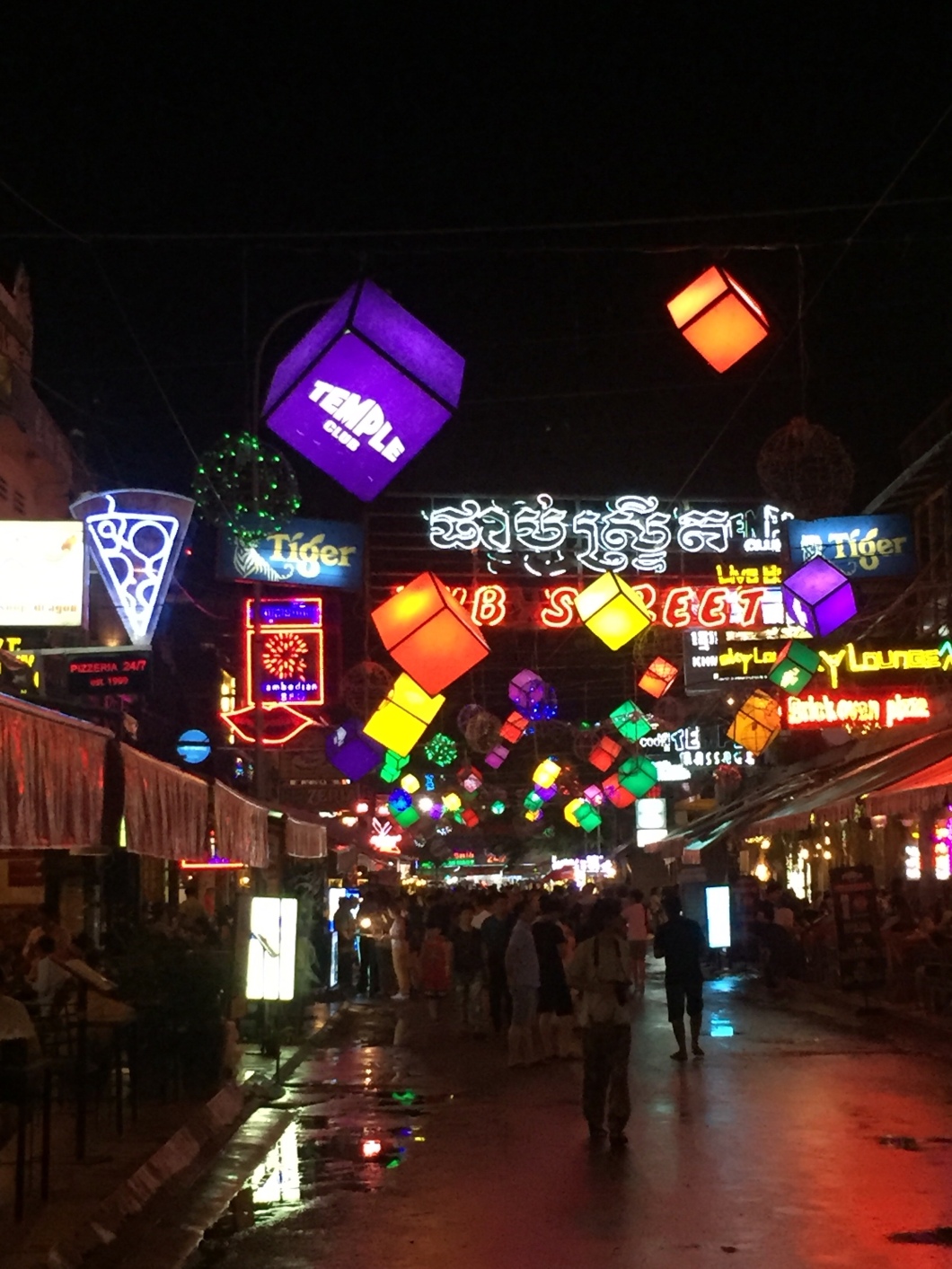 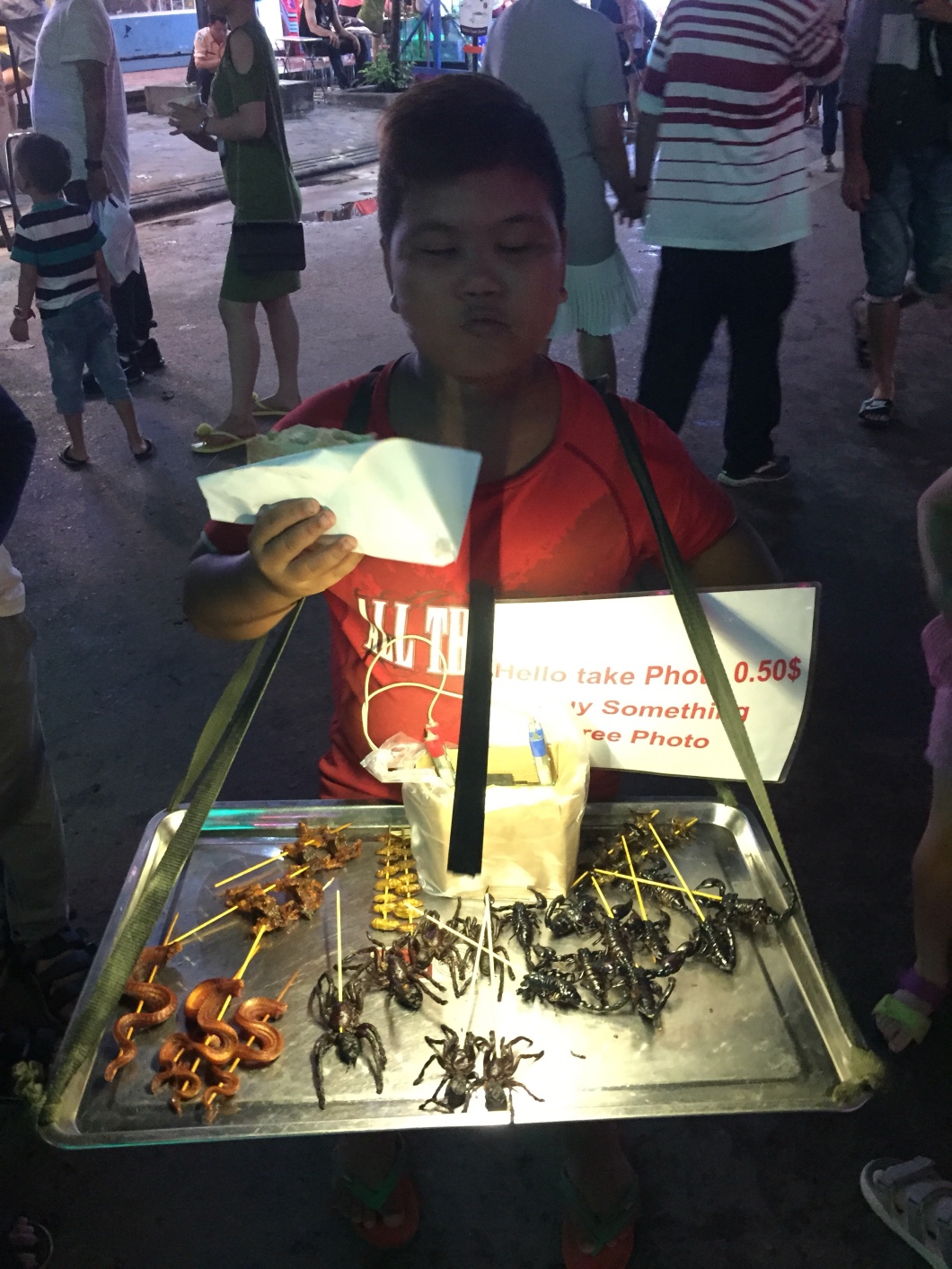